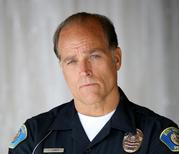 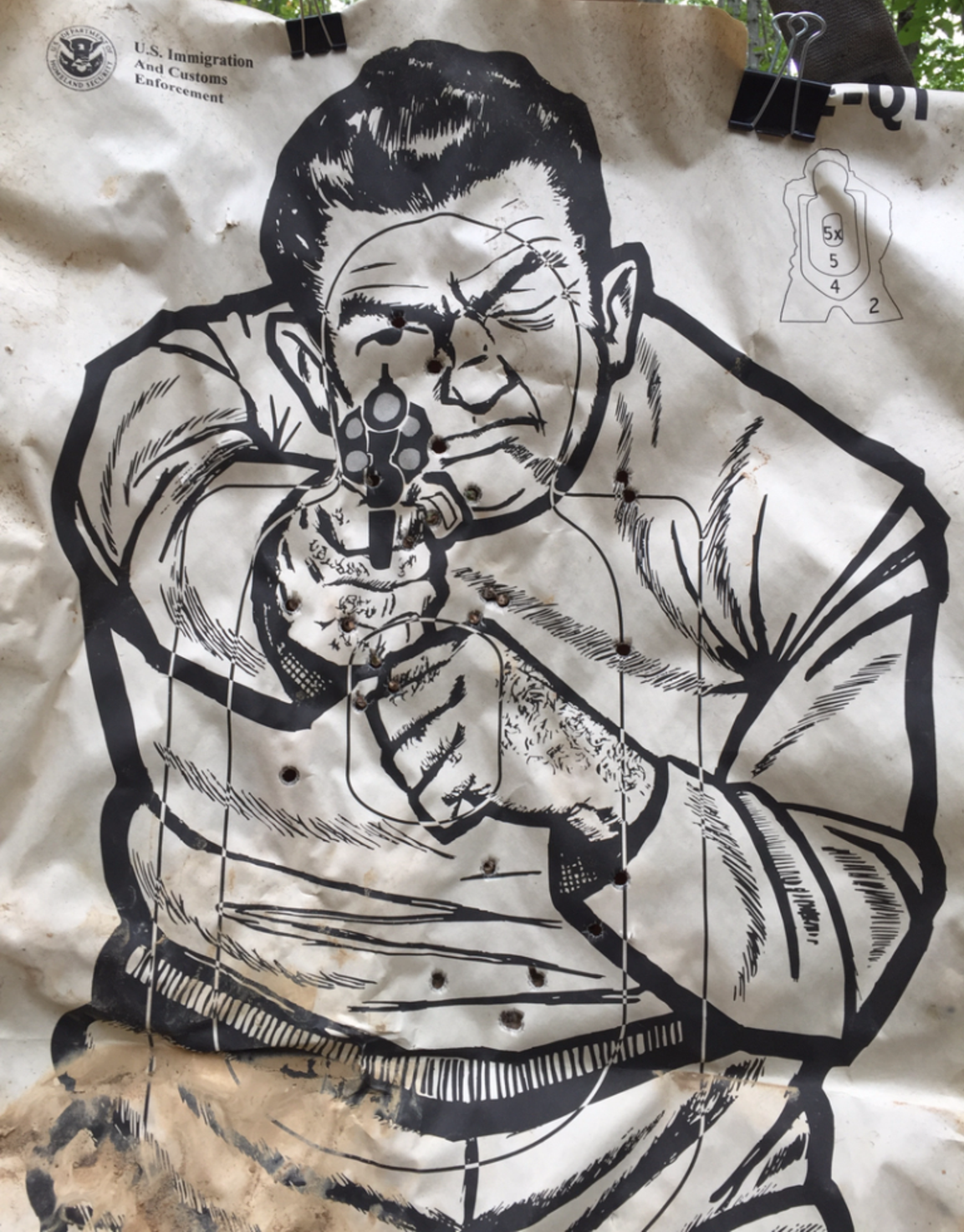 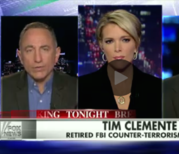 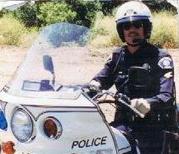 Matthew is an accomplished British actor most often seen on the big screen expertly wielding a wide variety of guns and other weapons in such blockbuster films as Ridley Scott's Black Hawk Down, Stallone's Rambo, Transformers:Revenge Of The Fallen, Resident Evil: Extinction, and Bounty Killer. As a young actor, he quickly rose to prominence in the popular UK television series, Coronation Street in his role as Chris Collins. Matt was also cast in lead roles in other television movies and feature films, including Shiner (opposite Michael Caine), Madso's War, Helen of Troy and Anacondas:The Hunt For The Blood Orchid, and has extensive television credits which include roles on NCIS, CSI Miami, The Ghost Whisperer, Nikita, Castle, and Two And A Half Men.

Born in West Bromwich, West Midlands, England, Marsden is an avid writer, reader and athlete. He learned to race motorbikes from former world champion Ron Haslam and trained to box by former WBC super-middleweight world champion Richie Woodhall. He is a black-belt in Tae Kwon Do, holds a PADI Dive Master certification, is a proficient shooter with multiple weapons systems, and is an active supporter of the United States Military. 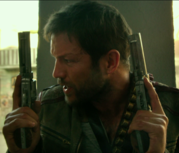 Tim began his law enforcement career with the St Louis Metro Police Department, working as a street cop in what is notoriously one of the most violent cities in the western world. Upon graduating from the SLMPD Academy, he earned awards for Top Firearms, Top Academic, and Best Overall Officer, and received multiple commendations once on the street.

Tim transitioned to federal law enforcement, becoming an FBI Special Agent, where he again excelled in firearms training, becoming an FBI Certified Firearms and Tactical Instructor, and SWAT Team Leader. He has trained thousands of local, state, and federal law enforcement officers, military personnel, and civilians, domestically and abroad, on a wide array of firearms systems, and a broad spectrum of combat tactics, including CQB, aircraft and other hijackings, hostage rescue, and active shooter scenarios. 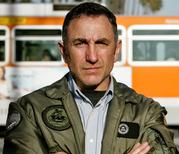 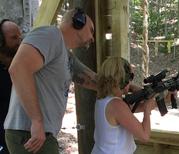 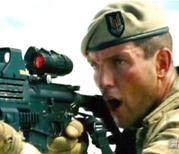 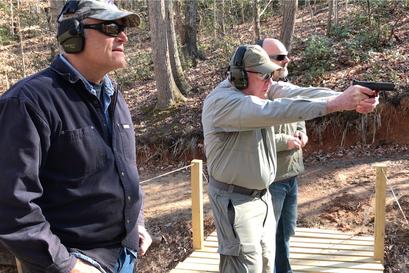 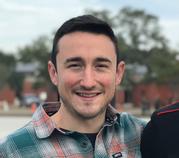 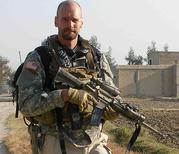 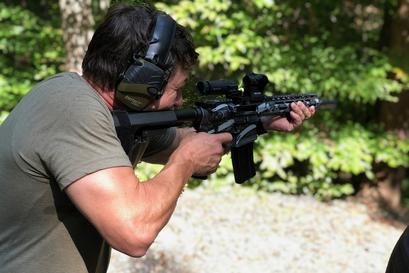 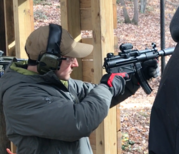 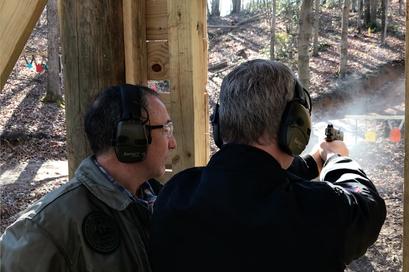 Combat Tactics Training's instructor cadre enjoys more than a century of relevant weapons handling, leadership, teaching, tactical, and combat experience, from which they draw to create each and every course of instruction. We have taught Hollywood stars, retired generals, politicians, kids, and adults, ranging from the greenest civilian, to the most experienced Tier One operator. CTT's instructors can craft a challenging and enlightening course of training to enhance anyone's level of proficiency.

Tom began his career with a three-year stint of service in the US Army before college, and upon earning his degree, he became a Police Officer with the Los Angeles Police Department (LAPD). After a few years as a street-level crime fighter in one of the most violent cities in America, Tom was selected to be an investigator on the SCID Team (Specialized Collision Investigative Detail) working dozens of fatal traffic scenes, and manslaughter/homicide cases. He was also assigned to the training division as an instructor, helping to mold the next generations to wear the LAPD uniform and badge.

Tom earned the distinction as the Top Gun in his academy class, and later became a member of the elite LAPD Pistol Team, where he earned the Distinguished Expert shooting medal. Disillusioned in the wake of the Los Angeles riots in 1992, Tom left LAPD and joined the Simi Valley Police Department where he continued his work as an investigator, and also rode in the Motorcycle Division, while qualifying Expert in firearms. Tom has worked for several years as an armed, plainclothes protection specialist for high-profile clients, and exclusive venues in the Los Angeles and Beverly Hills areas of California, and resort locations in Florida.

Josh was born into the world of firearms and tactical training, and has spent his entire life working with and training in a variety of Combat Tactics disciplines.  As the son of a SWAT Team Instructor - with a tactical training facility literally in his back yard - Josh has been an avid, and highly-skilled shooter for more than twenty years. An engineer by training, he has worked in the global tactical products market for over a decade, using his shooting, rappelling, and fast-roping skills to demonstrate and market products to elite military and law enforcement units on multiple continents.

Josh is an expert marksman with a wide array of handgun, AR, and long gun weapons platforms, and holds or has held many of the Combatics Training Facility's course records, outmaneuvering and outgunning seasoned military and law enforcement professionals.  In addition, Josh is a fitness guru and a certified Cross-Fit Instructor, the benefits of which are evident when he demonstrates his cat-like prowess on the Combatics Training Facility's obstacles, ropes, walls, and tower, all while effortlessly engaging steel targets with precision and speed.

Carson served as a DEA Special Agent for over twenty-five years, fourteen of those years working overseas on multiple continents. He started his career as a street agent in Houston, TX, investigating biker gangs, and later was an instructor at the FBI Academy at Quantico, in the FBI Tactical Emergency Vehicle Operations Center, and as a certified Instructor and expert in FBI/DEA firearms, arrest tactics, defensive tactics (hand-to-hand and ground fighting), small unit operations, and emergency and high-threat environments driving and policies.

Carson is the only agent in the history of the DEA or FBI to receive the DOJ's highest commendation, the Award For Valor, two times. As part of Operation Snowcap, he received his first Award for Valor for actions in the Bolivian Jungle in 1994. His second was received for actions in Afghanistan in 2008.

Carson was a Team Leader, and then Deputy Section Chief (GS-15), for the DEA Foreign Deployed Advisory and Support Teams (FAST), based at Quantico, Virginia, specializing in high-risk operations in non-permissive environments. ​